After a days-long project, I have come up with various Top 10 lists for the entire decade.

Let’s start off with 10 of the biggest news stories of the decade involving Metro Louisville. I can’t say that they were THE 10 biggest stories but these 10 (plus the Honorable Mentions) did have significant impacts to the city.

10. KCFTA Fire, reopens: The Kentucky Center for the Arts, a performance venue in Downtown Louisville, caught fire in 2018 after some roofing work went wrong. It stayed closed for months, as crews repaired the roof, repaired and replaced areas that were fire/smoke/water-damaged, and re-booked acts that were cancelled. Finally, in the late summer of 2018, the Center reopened.

9. Det. Mengedot’s Death: an officer has stopped to aid a truck on I-64, when she was hit by an intoxicated Metropolitan Sewer District (MSD) driver. The resulting fire killed Det. Mengedoht. This one sucked because my job wrote a traffic report on the crash, a few of our bosses (former LMPD officers) knew Det. Mengedoht, and the crash happened on Christmas Eve 2018.

7. Dan Johnson: a former Louisville Metro Council member was charged with being a perverted old man in 2017:

6. Convention Center Remodel: the downtown Kentucky International Convention Center completed a 2-year, multi-million dollar remodel. It caused a shift in traffic patterns downtown and greatly expanded the KICC, allowing for more (and larger) conventions to come to Louisville. It also resulted in a hotel boom in Downtown Louisville.

5. Flooding: the Louisville and Southern Indiana areas saw some historic flooding throughout the decade. Here is a post where I touched on the 2018 flooding.

4. Police vs. Metro Council: The Louisville Police has had an interesting year. They’ve had a couple of Chiefs, have had quite a few scandals, and recently have had very public clashes with the Metro Council, including a vote of ‘No Confidence’ for Steve Conrad, the current Chief. I have the feeling that this will continue in 2020.

3. Bevin goes after teachers, ousted: Google “Matt Bevin and Teachers” and you’ll get just a taste of what the former Governor of Kentucky did and said, regarding teachers. Jefferson County teachers (including Louisville) staged walkouts to protests Bevin’s policies. His treatment of the teachers – and his puzzling attitude towards Louisville, in general – caused him to lose Jefferson County (in the recent Governor’s election) by the biggest margin in the history of Kentucky elections (a state that’s been around since the 1790s), and lose the Governor’s seat by about 5,000 votes.

2. Ramsey out: Former University of Louisville President, James Ramsey, was ousted for money mismanagement and other crimes:

In addition, some Board members from UofL were fired or resigned during this mess.

1. ORBP: The Ohio River Bridges Project was the culmination of decades of planning and about 2 years of building. On one end, I-265 in Kentucky was extended from its old terminus (U.S. 42), across the Ohio River (via the new Lewis and Clark Bridge), to connect with State Road 265/I-265 in Indiana. It created a route that took a lot of pressure off of I-71 (in the East End of Louisville) and Downtown’s Spaghetti Junction.

Speaking of that, Spaghetti Junction was a mess of tangles ramps and roadways where I-71 started and met up with where I-64 and I-65 crossed. The ORBP untangled those ramps, realigned I-64 and I-71 slightly, and repainted the roadways. The biggest part, however, was building a 2nd bridge for I-65: the Lincoln Bridge. It turned a 6-lane I-65 (3 lanes north, 3 lanes south) into an 11-lane highway (5 north, 6 south), made the southern lanes much easier to get to I-71 North and I-64, realigned the northbound approaches to I-71 North and I-64 East, and added tolling. While a couple of the I-64 West-to-I-65 South ramps had to be rebuilt again, the vast majority of project has cut down travel times to Downtown and from Southern Indiana.

These are my 10 favorite, watched movies of the decade.

Conditions: they were released and watched in the 2010s.

9. Sherlock Holmes: Game of Shadows – I liked the pacing and theme of this movie. It also has one of my favorite movie soundtracks.

7. Spider-Man: Into the Spider-Verse – loved this movie! Looking forward to the sequel!

6. Us – In my opinion, this is slightly better than Get Out… and that’s saying something!

1. The Winter Soldier – some of the best fight scenes in the MCU were in this movie! A very entertaining movie and, by a very slim margin over #2 and #3, my favorite movie of the 2010s! 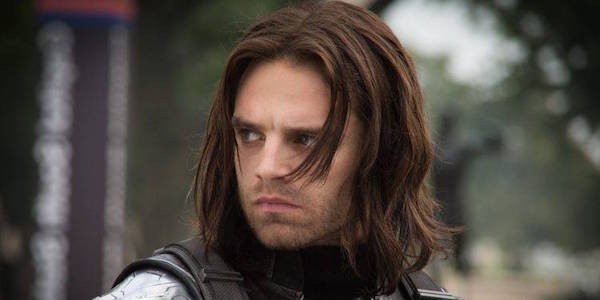 8. “Spell Blind (The Case Files of Justis Fearsson #1) by David B. Coe

7. “Queen of Kings” by Maria Dahvana Headley – what if Cleopatra didn’t die with Marc Antony? A very interesting take on Cleopatra’s story.

6. “Doctor Sleep” by Stephen King – got this book as a Secret Santa gift from a previous job. Very eerie book, once you get past the middle third of it (it’s pretty slow).

4. “The Killing Moon (Dreamblood #1)”by N.K. Jemisin – this was a random pickup at a local library; very glad that I picked it up!

2. The Ballad of Black Tom by Victor Lavalle – a novella that takes a turn down the Cthulhu neighborhood

1. World’s End (Age of Misrule #1) by Michael Chadbourn – a friend let me read this book while I was in the hospital. It centers on the legends and fairytales of the world, suddenly appearing in modern-day Britain. Very entertaining!

This was a hard list to compile. I excluded anime series.

Conditions: I watched at least 6 episodes of each series; I did not include anime.

6. Grimm (NBC) – one of the most underrated series on TV, when it was on NBC

5. Supernatural (CW) – surprised that it lasted so long; got into the series after my heart surgery (Season 5?)

3. Legends of Tomorrow (CW) – might be my favorite DC-themed CW series!

2. True Blood (HBO) – the first 3 seasons were must-watch TV for me and two of my best friends 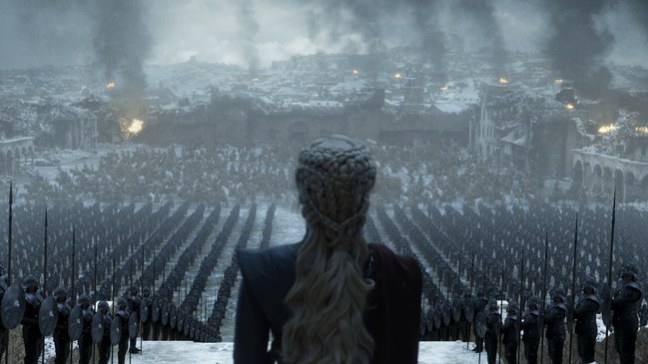 8. Teddy Bridgewater Returns to the NFL

5. Jose Bautista’s ‘Bat Flip Heard ‘Round The World’ – that was the loudest crowd reaction I have ever heard… and that bat flip “might have cured cancer”, according to one of commenters on the video page. 😉

1. Ken Griffey, Jr. retires, goes to the HOF – “The Best Swing In Baseball” goes to Cooperstown as a baseball Hall Of Famer:

Conditions: these are both the favorite and the biggest moments in the decade, for me.

10. University of Louisville (UofL) Volleyball Beats Texas, makes Elite 8: this was Louisville’s first appearance; previously, they had not won a SET in the Sweet 16, only to upset #2 Texas to make the Elite 8!

9. UofL Women’s Basketball Upsets Baylor in the Sweet 16 (2013) – UofL was a 27.5 point underdog; Baylor had current WNBA superstar Britney Griner. They could not stop UofL’s Shoni Schimmel or their 3-point shooting.

6. 2019 Final Four in Baseball – the UofL baseball team, after years of upset and unexplainable losses, not only made the baseball Final Four, but finished 3rd!

3. 2018 WBB Final Four – considered by many experts to be the greatest Final 4 in Women’s Basketball history. UofL lost to Mississippi State in Overtime; Notre Dame beat Connecticut with a shot at the buzzer, then won the National Title with another buzzer-beating shot, two nights later! 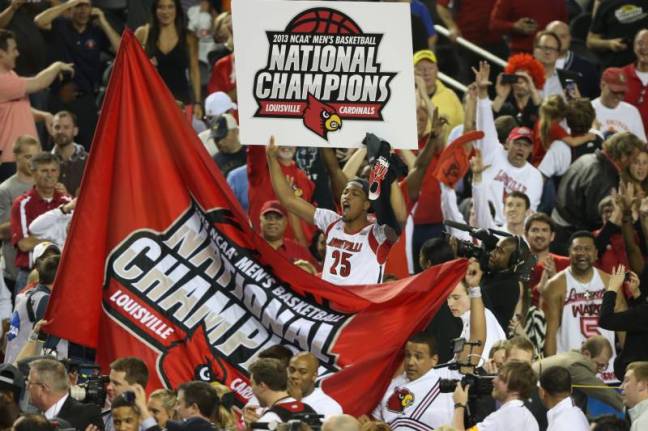 Andre McGee and Katina Powell cost us the Championship recognition. The NCAA stripped us (no pun intended) of the title, although schools with much worse crimes got off with slaps on the wrist or no punishment at all (Michigan State, North Carolina, Duke). None of those take away the fact that I was invited to watch the 2013 National Championship game with some good college friends, went hoarse from cheering and yelling, and saw UofL win the game on the court. It was a night that I will never forget!!

Of all off the ‘Best Of’ lists, this one was the toughest to narrow down and put into some kind of order. There were some pretty fun and unique games that did not make this list, such as ‘Tsuro’ and ‘Love Letter’. I ended up restricting my ‘Honorable Mentions’ to 5; otherwise, it would have been in the teens. 😉

8. Charterstone – I joined this Legacy game late; otherwise, it’d probably be higher on the list

3. Betrayal at House on the Hill: Legacy

1. Betrayal at Baldur’s Gate: a version of #3 that is set in the Dungeons & Dragons setting of The Forgotten Realms, in the city of Baldur’s Gate.

I have been mainly a PC gamer since 2008, but I hadn’t purchased or played many games before 2017. So, I considered any PC game that I remembered playing this decade. I’m also including any console game that I played at other’s houses, as long as I made significant progress with the game.

Conditions: any PC game played in the 2010s; any console game that I: 1) got past the Tutorial stage or 2) played for more than 30 minutes; ‘World of Warcraft’ was rated by expansions, not as a whole.

Note: I probably did not have great results, with a few of these games, when playing against friends or family. 😉

10. Prey – a very fun, not-as-easy-as-it-would-seem, Sci-Fi/Horror game that I attempted to write a walkthrough for. That failed but the but the game, from what I’ve played, did not fail.

5. Darkest Dungeon – maybe the most fun I’ve ever had with being “stressed”, even more so than the board game, Mysterium! If I hadn’t put this game aside for school, it might have been in the Top 3.

4. World of Warcraft: Legion – the best expansion pack since “Wrath of the Lich King”

3. Mario Kart 8 – every time I think I’ve played the most fun version of Mario Kart, the next version blows it away!

1. Oblivion – I was hooked, the first time I stepped foot in Tamriel! The graphics, the story, the openness, and the combat (especially enchanting weapons with multiple effects) were all amazing. Playing it years later, it still held the appeal, although Skyrim (Special Edition) had passed it in graphics, features, and not-as-bleakness. Loved this game!

9. Surprise 40th Birthday Party – a big thanks to some of my best friends, who organized the party!

6. Hired at Kinetic – it completely turned the money situation around and allowed me to correct the issues that arose with cut hours at Target

5. Left Target Twice, Eviction – I originally left Target in September 2010 but returned in January 2011. When I came back, I took a $3.25 pay cut but started off working mainly 1st Shift. The hours then started decreasing and the areas worked started shifting. I got an $0.08 raise in the summer of 2011, hours went down to 14-18 a week (even though my availability went up), and I ended up getting evicted in January 2012. I took a few days off to move in with my Dad, settle things down, and returned to work. I had lost almost all good vibes I internally had with the place, lost any faith in getting consistent hours, and finally left for good in January 2013.

4. Total Solar Eclipse – one of the best things I’ve ever seen live!

3. Cardiac Ablation – I wrote about this HERE

2. JCTC Graduation – I wrote about that HERE

1. Heart Valve Surgery – The decade started with 2 heart valves being replaced; I’ve written many times about it. Definitely the biggest personal event of the decade.