I purchased this game months ago; I finally upgraded to a PC that could play it a couple of days ago. I played through the opening areas – an unofficial “Tutorial” – and will recap some of the story, different items that I ran across, and some of the controls/graphics/and overall gameplay. There will be slight spoilers. Here is the First Look of Prey! 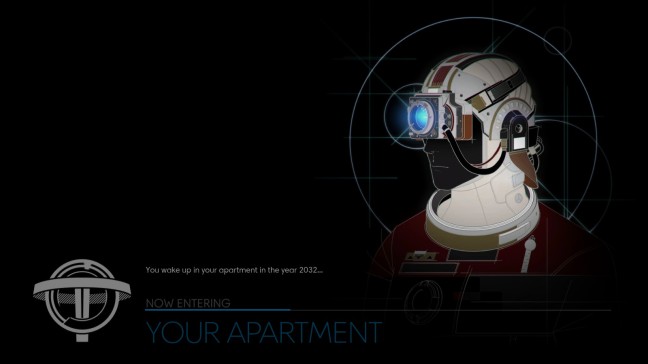 Prey is played in 1st-person view. Before you begin, you have the choice of playing as a Male or Female version of Morgan Yu, the main protagonist.

You wake up to music from your alarm clock radio – yes, they still exist in 2032! There is some sort of Video Communications device on a table, next to your bed, that is vibrating. Your brother, Alex Yu, is calling to let you know that you have one more round of “tests” to do this morning; completing them will allow you to head into orbit to work on the space station, Talos I. This starts your first official Objectives to complete: put on your uniform (minor) and head to the roof and board the helicopter that will take you to the testing facilities (major).

Objectives aren’t labeled as “minor” or “major”; this is just a way to show which objective pushes the story along , so to speak.

You don’t have to rush out to that helicopter; instead, explore your futuristic apartment. It will benefit you: you get tooltips on which keys do what. For example, ‘Z’ activates items and ‘F’ lets you grab and hold items. These key bindings can be changed under Settings -> Gameplay.

There are dozens of objects in your apartment that you can pick up, read, throw, eat, and climb. Some of them include: spare parts; loose nails and screws; a game controller (which I think you can use to play something on your apartment’s giant TV, but I threw the controller by accident; I will have to try that out, next time); magazines and journals (which do contain some interesting info); working stoves and refrigerator; and a bottle of wine.

Hopefully, you found and put on your uniform, plus looked around your apartment. Leave, walk down to the elevator, click on “Roof”, and exit. A futuristic helicopter awaits; board and you are off. This finishes the “Tutorial”, as the helicopter flies you over the city… and some cleverly-placed game credits. 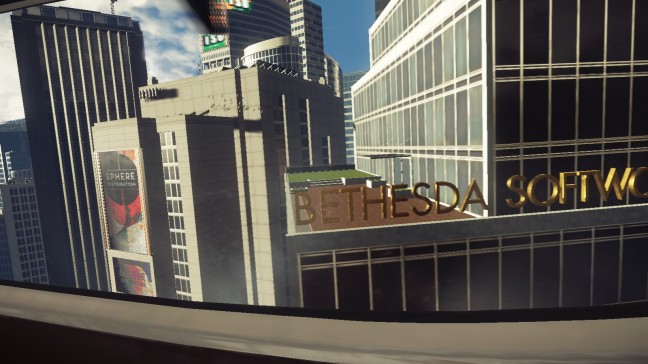 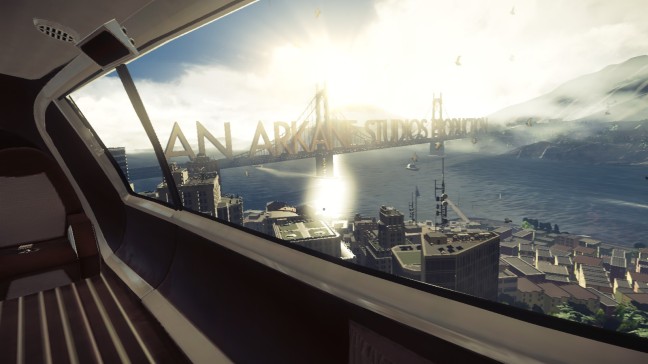 You land, exit the copter, enter the building, and are greeted by your brother, Alex. He is glad to see you and reassures you that the tests, while “not conventional”, will get you to Talos I by the following week:

You walk around the corner, to the Testing Rooms. You are administered 4 rounds of testing. The tests are… odd. These are tests that you sometimes see in movies, where people’s mental and spiritual (“are you possessed??”) well-beings are measured. The reactions of the Lead Scientist are also odd: it seems like he’s expecting… different results?

You are asked a series of questions in Room D. The answers seem to be a gauge of what kind of play style you would employ, but I can’t verify that for certain. 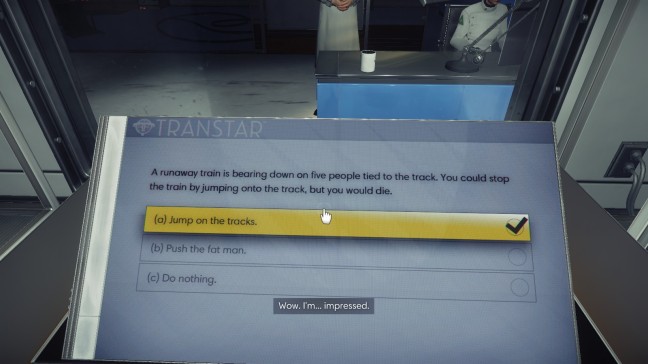 Before you begin, Dr. Bellamy remarks that his cup of coffee is empty. 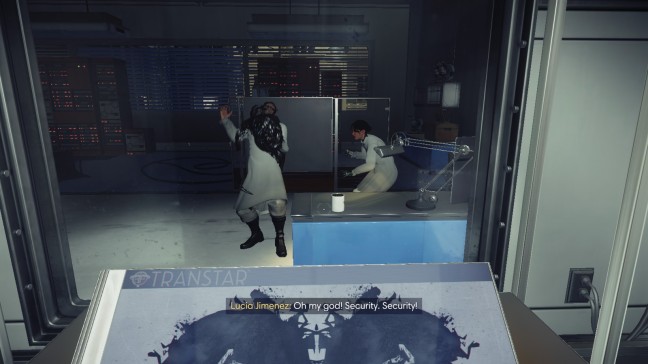 Security arrives, the place is gassed (including Room D), you pass out… 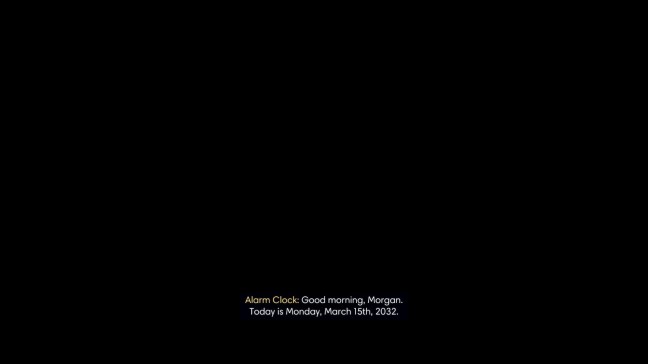 It’s 2 days later. That is where I stopped.

The game play, for the Tutorial and the Testing Station parts, was fairly straight forward. The cross-hairs for targeting, pointing, and grabbing are fairly easy to see, plus they change, depending on the available action that happen (for example, it’s a “hand” for grabbing, “stairs” for climbing”, and an “arrow” for pointing). If an item can be interacted with, the options boxes that pop up are easy to see but aren’t obscuring your view too much. There wasn’t a lot of music – not counting the helicopter flight – but sound effects were very realistic: knocking a can on the floor doesn’t have the same sound as (accidentally)throwing a game controller into a wall. The menu system took a few tries to find, but it’s pretty easy to navigate, once you get used to it. The graphics themselves are great; nothing looks too hokey.

I’m pretty impressed with the early parts of this game. I’m looking forward to spending a few dozen hours on this game, over the summer!