I have spent the last 5 or 6 days, looking over old posts and reading some notes from previous “Podicus Wrecks” episodes. For the last part of my Look Back To 2017, here are some Top 10 lists for your reading pleasure… after the break.

It’s no secret that I am a big Sports fan. While I didn’t attend many events, here are the favorite moments that I watched:

10. Reds vs. Cubs Games (MLB): I got the chance to attend 2 games with one of my closest friends. The Reds split the 2 games. There were too many Cubs fans there, but it was still a great time!

9. Buffalo Bills make the Playoffs (NFL): not only did the Bills, with help from a Bengals win, get into the NFL Playoffs for the first time in 17 years, Bills fans started donating to the Bengals’ quarterback (Andy Dalton)’s charity foundation. Kudos, Bills fans!

8. North Carolina beats Kentucky (NCAA MBB): a little petty, perhaps, but it was good that some team shut up some of the more obnoxious and loud UK fans

6. Louisville vs. Purdue football (NCAA Football): my two favorite college sports schools – as well as the first 2 schools that I attended for college – played a pretty entertaining game, to open the 2017 season.

5. Jon Jones Beat Daniel Cormier (UFC): For two years, these two have waged a verbal and digital war, over Cormier’s UFC Light Heavyweight Title. Cormier, in particular, went unnecessarily personal with his attacks. Cormier’s then-1 loss came to Jones. Jones made it 2, after their 2017 fight. 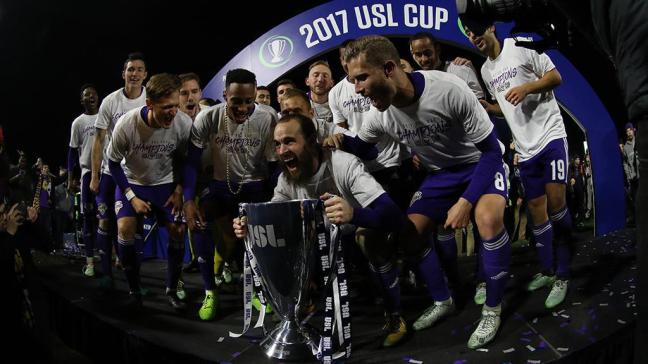 The United Soccer League is a U.S. and Canadian pro soccer league, a step under MLS. Louisville’s club, in its first 2 seasons in existence, made it to the Conference Finals, but lost both times. In their season, they not only won the Eastern Conference Championship, but won the league title with a goal in the final few minutes of the match! For a city whose University was seemingly embarrassing itself daily, this was a welcomed relief for sports fans, even if you don’t follow soccer regularly!

These weren’t all movies that I saw in theaters; these are my 10 favorite movies that I saw, regardless of format, for the 1st time in 2017. I’m not including “Spiderman: Homecoming” because I haven’t finished the DVD yet. I’m also not including “Logan” because… well, I haven’t watched it yet. Same with “Wonder Woman”. I have a feeling that both will end up on the 2018 list. 😉

Edit: I watched “Logan” on Sunday evening. If I had watched it a couple of weeks earlier, it would probably be #2 or #3 on this list.

10. Batman vs. Superman: Dawn Of Justice (DVD). I missed it in theaters but saw it on DVD. I was told that the DVD version was a more complete movie than the theater version.

9. The Babadook (Netflix). The only drawback to this movie was the little boy. My annoyance at him was so strong, I was hoping that he would get sacrificed to the darkness. Or the Babadook, whichever was closer.

8. The Dark Tower (Theater). I wrote about this movie previously. Despite some of my complaints, this was still an interesting movie.

7. Kong: Skull Island (DVD). This was MUCH better than I initially had thought!

I will write about this in the upcoming days, plus we’ll discuss our thoughts on “Podicus Wrecks” very soon. The short version: I liked it more than some, seemingly.

5. Thor: Ragnarok (Theater) – this was such a fun and funny movie. Much different than some of the dark, gloomy movies that DC had put out. It is also the best of the 3 “Thor” movies.

I also wrote about this movie, previously.

3. Justice League (Theater): Perhaps the biggest thing I liked about this movie is, other than a brief squabble and a BIG spoiler that I won’t give away, there was no in-team fighting! That fighting is something that’s always bugged me about Marvel team-up movies and “Justice League” stayed away from it, for the most part.

2. IT (Drive-In Theater). I missed the first 7-10 minutes because I got stuck in the Concession Lines. That was the only “down” moment of this movie. The ‘Pennywise’ in this movie isn’t as… clownish (that’s not a knock)…. as Tim Curry’s character from the 1990s. There was NO doubt about Bill Skarsgard’s alignment: “Pure Evil”. And a Purely Awesome movie.

Despite its categorization as a “Comedy” for its “Best Picture” Oscar nomination, “Get Out” is a very creepy movie and barely edges out “IT” for my Favorite Movie of 2017. Excellent mood, excellent music – it was a well made movie. I wrote a review about “Get Out” earlier, if you want to read my opinions on it.

This category was hard. With 2 friends’ collection of games for our weekly Game Night, I’ve been exposed to dozens of good and great games over the last year. Here are my 10 favorites, plus 3 extra (because I couldn’t leave them off):

A lot of these games have reviews that will be linked with the rankings.

Honorable Mention #3: Cards Against Humanity. It’s the R (or NC-17, depending on how raunchy your mind is) rated version of the card game, Apples to Apples. Note: I don’t read profanity out loud, so I have to get a little creative with cards. 😉

Honorable Mention #1: Oregon Trail: it’s the classic computer game, in card form! Yes, you can die from dysentery or while fording the river.

10. Xia: Legends of a Drift System (Board): Review

A fun, fame-building game. This was one of the games that I did not get to finish, due to work (I have to bus to work, 3rd shift), but I really enjoyed what I did play.

9. Love Letter (Card): I played this game in 2016 and 2017, but feel that it should be on the list. It’s a GREAT “ice breaker” or “filler” game: it’s quick enough to play while you kill time and it’s fun enough to meld players together that may not play many games together.

8. Rayguns and Rocketships (Board): Review

I got to play a full game of “Rayguns” yesterday (Friday). It was even more fun than the first, even when I finished 4th! I recommend you go and try it out!

7. Lords of Waterdeep (Board)

6. Battlestar Galactica: The Board Game (Board)

A resource-building board game that our Game Night group played a couple of months ago. I like the unique feature of building and collecting resources above ground, while exploring and gaining wealth and materials (plus dying) below ground.

4. Smallworld (Board): Spirit Halflings. Flying Ghouls. Or is it Spirit Ghouls and Flying Halflings? “Smallworld” is a very fun, very interesting civilization game, where random, different combination of adjectives (“Flying”, “Stout”, “Bivouacking”, etc.) and races (“Human”, “Amazons”, “Skeletons”, etc.) can be the difference between a strong empire and cannon fodder for stronger neighbors!

3. Parade (Card). This was the Surprise Game of the Year for me. It’s a fun card game where characters from Alice In Wonderland are having a parade and the players are co-producing it! The object is to place cards at the end of the parade and score the fewest amount of points. For more info, check out Board Game Geek’s review.

2. Mysterium (Board). I initially played this game in 2016, so it speaks to my fandom of “Mysterium” that it is #2 on the 2017 list. It is still “the most fun you’ll have at being frustrated with your friends”!

1. Betrayal At Baldur’s Gate (Board):

I also recapped and reviewed this game. It’s since become a near-regular item when the siblings and I get together, plus the Game Night group have played it a couple of times. Absolutely love this game!

I wish I had read 10 books in 2017; I was slacking. The book that I read and liked the most was “The Ballad of Black Tom”, by Victor LaValle. It was a strange book that I wrote about earlier in the year.

10. Attending the Final Carl Casper Custom Auto Show. It was an annual Louisville fixture for over 40 years. Me and my family finally got to go to one – the final one.

9. Reunions with some Friends at Team Trivia. On most Tuesday nights, I go to a Team Trivia Night at a local pizza parlor. Over the year, I’ve managed to run into some friends that I haven’t seen in a year or 2 or more, headlined by seeing a friend named Katie D., who I hadn’t seen in person in nearly a decade. Path crossings like that are always cool; hopefully, the times we meet again won’t be measured in ‘years’!

8. Trip to WKU. This might be an odd inclusion to the list. Short story: I went to Western KY’s campus to take an exam, because I missed the deadlines to take it in Louisville (the Proctored sites were full). It turned out to be a pretty cool visit to campus (the 4-hour-late bus back home is a whole other matter…). I hope to go back down there again – NOT FOR AN EXAM! – this semester.

Drag Racing’s biggest event, held in Indianapolis every year on Labor Day Weekend. This time, my younger brother and I went to just the race (there are 5 days of qualifying and Specialty Races).

6. Halloween Party. While 2017 was an overall really good year, By the time October rolled around, I was mentally sputtering to the end, and the body was starting to tire out.
Enter the Saturday before Halloween.
I got to hang out with 10 or so really good friends, hosted by 2 of my best ones. Sometimes, that’s all a person needs to recharge.

5. Foot Treatments/End of the Foot War. Just go back through the blog to find the posts about my foot/feet issues in 2017 (and late 2016). There wasn’t a specific day that I remember, but the days when I noticed that my feet weren’t screaming with each step were some of the best days of the year.
They are still not screaming.

4. Internship. Getting the Internship also was the Surprising Moment of 2017. I work with TRIMARC’s Software Engineer for a little over 2 months. It was a great learning tool, not only into what a Software Engineer does, but also what languages I should study, to increase my chances at becoming a Programmer down the road.

2. (tie) Approved for an Apartment. I got approved in mid-December. I am settling into the apartment this weekend. I still need some furniture and a few odds and ends but a 6-year journey to get my own place again is finally over! 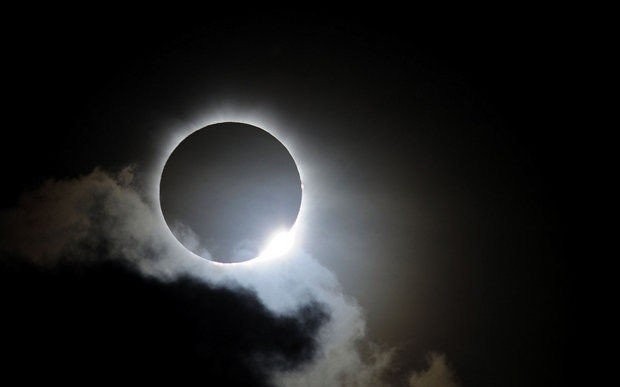 I really wish I could explain just how awesome this was!!

The family and I drove down to Nashville, TN to see the eclipse; Hopkinsville, KY, the place where most experts said would be the best spot to see the eclipse – was a small town about the be overrun with watchers, so we headed a few minutes south, to a city that was more than ready for such big crowds.

The day had a weird, almost eerie “dimness” to it, for about an hour before the eclipse. When the shadow started moving over the sun, you could hear night insects start to chirp, while birds stopped chirping. Then it got pitch black… at 2:30 PM! The crowd in the park that we stopped at was cheering like crazy; I, meanwhile, was a little star-struck! It was definitely the Highlight of 2017!

I won’t pretend to know what 2018 has in store for me, or any of us. However, I’m hoping for many more great moments like what happened in 2017. Getting a vehicle would be wonderful; be able to buy an update computer wouldn’t be bad, either. Parties, get-togethers, and Game Nights are always good; breaking a ‘streak’ would be even better. Going to the U.S Nationals, going on a vacation, or going to a Reds, Bats, UofL, Purdue, or WKU game would be cool. Let’s see what magic 2018 brings!!