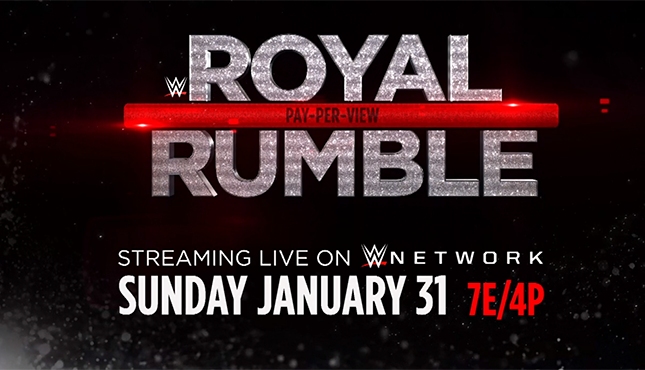 It’s been a while since I’ve made predictions on Pro Wrestling events.

Sunday is World Wrestling Entertainment’s (WWE’s) 1st major pay-per-view (PPV) of the year: the Royal Rumble. The ‘Royal Rumble’ match itself is a Battle Royal: 2 superstars start and every 90 seconds after, another one enters the ring. There are 30 total wrestlers in the Rumble; you are eliminated if you are thrown over the top rope and both feet touch the floor. The last one standing wins the Rumble and is guaranteed a Title Shot at WrestleMania in April.

In addition, there are other, more ‘traditional’ matches on the PPV card.

(in no particular order)

Women’s Smackdown Championship: Sasha Banks (Champion) vs Carmella: although it’s run a little stale lately, this has been an entertaining rivalry. Carmella has seemingly gotten the best of Banks 90% of the time they meet, including one-on-one matches. However, I think Banks retains on Sunday, to end this feud.

Intercontinental Championship: Big E (Champion) vs. Sami Zayn – Sami Zayn is the resident ‘pest’ on the Smackdown brand, and he’s very good at it. Big E is the (relatively) new IC Champ, having beaten Zayn for the title about 6 weeks ago. Lurking in the background is top-contender Apollo Crews.

United States Championship: Bobby Lashley (C) vs. Riddle – I read somewhere that Lashley has only been pinned or submitted once since last April. That’s ridiculous! Meanwhile, former MMA fighter (Matt) Riddle has been a thorn in Lashley, and his group (“The Hurt Business”)’s side for the better part of 6 months. Every time he’s run into Lashley, however, he’s been on the wrong end of the deal. That changes Sunday. Unfortunately.

I’m not as excited about this match as others. I think the interesting event happens after the match.

There hasn’t been much of a build for the Women’s Rumble. Bianca Belair seems to have all of the momentum. Bayley is still a threat to win. I’m not going to predict the #1, #2, and #30 entrants because WWE Backstage, for whatever reason, is revealing them today.

A few susperstars (Daniel Bryan, Cesaro) have just the slightest amounts of momentum, heading into the Royal Rumble. We found out Saturday that the first 2 men in the Rumble will be Randy Orton… and Edge. Why would you put these two in first?!? This should be a mid-or-late Rumble moment, not a lead off!

Anyways, the “game” changed when Braun Strowman showed up on Smackdown on Friday night, after a 2-month ‘suspension’. Will that change my predictions?

This match scares me. It feels like WWE Creative is going to screw up months of work done by McIntyre, during the Pandemic, and hand Goldberg the WWE Title on a silver platter. This will lead to McIntyre getting his rematch at WrestleMania and getting his “WrestleMania Moment”, in front of live fans, by winning the belt back.

For months, Kevin Owens has been the only one to stand up to Reigns and Jey Uso on Smackdown. And for months, Owens has fallen victim to either 2-on-1 attacks or Uso interference during matches. I don’t see anything different happening this time around. It should be a wonderful match, though.