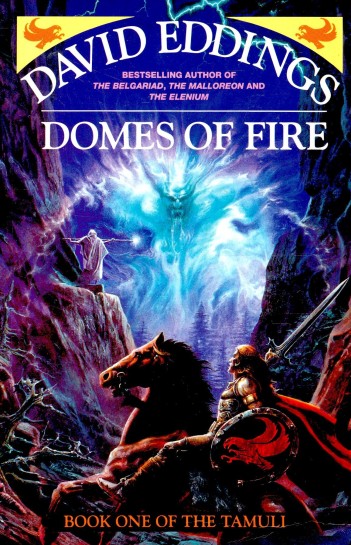 This Fantasy story deals with the 4 Militant Orders, Elenia, and the Tamuli Empire. The Militant Orders are groups of church knights – think of them as different groups of Paladins/War Priests; Elenia is the country, and main setting, of Eddings’s Elenium series (the prequel of this series); Tamuli is the setting of this series. And Tamuli (plus Elenia) has some crazy things happening: the trolls have all but disappeared, there’s political unrest, and the dead have come back to life – with a vengeance. The Tamuli makes a call to Elenia, specifically Sparhawk, a member of the Pandion order, Queen Ehlana’s Champion, and slayer of a God, to come help restore order.

Both this and the preceding series are full of humor, something you don’t normally see in Fantasy books, and something that I like. This book was especially enjoyable because Sparhawk and friends were now in unfamiliar territory. They weren’t fighting the overall villain from the Elenium.

The nights of Gujaareh belong to the Gatherers: a combination of warrior, rogue, and priest. They prowl the darkness, collecting the magic of the dreaming populous, in the name of the Dream-Goddess, to heal, cure, soothe… and kill the wicked.

I don’t know if it was intentional, but the story felt like it was set in a parallel Ancient Egypt (but in the earlier days of a unified Egypt). It was a very interesting new element to Fantasy: dream magic. The story was fast paced and loaded with action and political intrigue/backstabbing. Check it out!

This is the final book of the 7 book Dark Tower series. Roland Deschain – the Last Gunslinger – and his ka-tet (whichever ones are left) are much closer to the Dark Tower, the nexus of all universes. That also means they are closer to bigger and badder problems: Breakers, the Man in Black, and the Crimson King. Plus a new threat, lurking in the shadows, that might end everything and everyone.

We just wrapped up recording a podcast about this book – Episode 50 of “Podicus Wrecks!” – which should be posted in the next 24 hours, so I won’t repeat too many thoughts on it. The book feels ‘rushed’ but the events that happen in it were enjoyable to read. Be warned: there are 3 “endings”: the climax of the final scene, an ‘epilogue’, and a ‘coda’. You might or might not like them. 😉

This book was lent to me by a good friend and former co-worker, while I was recovering from surgery. it starts out with a look at Jack “Church” Churchill and his downward-spiraling life, and at Ruth Gallagher and her increasing frustration with her life. They both witness a big man – a giant man – beating up another man; they pass out in shock. When they wake up, their lives change forever: the small guy is dead, Ruth gets suspended from her job, Church learns that other similar events are happening all throughout Britain, and beings from fairy tales and legend start showing up.

The real world and the worlds of Folklore and Fairy Tale meet head-on, and it is a very entertaining meeting to read about. As much as we’ve evolved via technology, it proves no match for packs of werewolves, roaming giants, or goblins; the sense of panic feels all too real. The Age of Misrule series was a very cool read, with “World’s End” leading it off wonderfully. 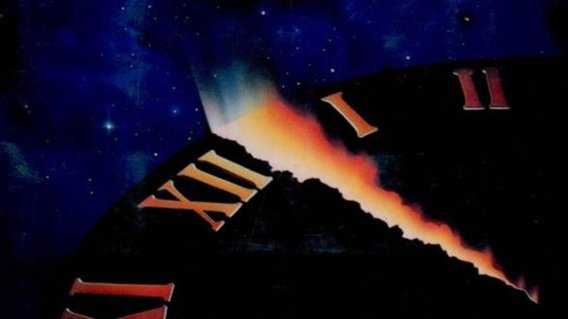 The “creepy” factor is very high in these 4 short stories by Stephen King.

1. “The Dark Tower III: The Wastelands” 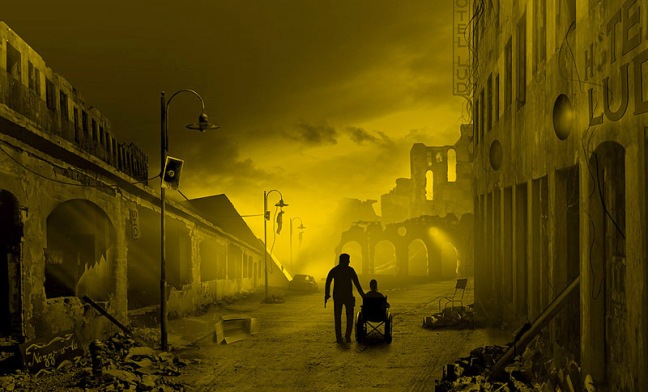 “The Wastelands” finds Roland and his newly-cemented ka-tet of 3 traveling through the Western Forest, trying to find one of the Beams that hold up, and lead to, the mythical Dark Tower. Along the way, they meet Mir – the Great Bear Guardian of one of the 12 Portals that lead to the Tower. Meanwhile, on Earth, Jake Chambers is having a crisis: he remembers getting hit by a car and killed (in “The Gunslinger”)… so how is he still alive? And why is he so fascinated with doors and deserts behind said doors?

As with “The Dark Tower” book, there is a “Podicus Wrecks” episode about “The Wastelands” and what happens in that book. This has been my favorite book since middle school (early 1990’s). There is a ton of events, encounters, revelations, fights, chases, and escapes that happen within this book, more than enough to keep you occupied. You also really start to fins out how close Mid-World reflects a run-down version of ‘our world’; a world “that has moved on”, so to speak. It is a very good, very engaging book, especially for horror and fantasy fans.

All of the items in this list are not “literary classics”. What they are are my 12 favorite books and short stories. Some, I discovered from school (“The Wastelands”, “To Build a Fire”, “An Occurrence…”), others, through random title searches in the public library (“Queen of Kings”, “Killing Blood”). They have provided joy and entertainment for well over 2 decades, in a few cases. What are your favorite books? I hope you enjoyed this list… and that you find some books to enjoy during the remainder of the summer!