The above link is for an episode of “Podicus Wrecks”, where J.R. and I started down the Path of the Beam: we had begun our 8-month recap/review of Stephen King’s Dark Tower series. The context of that link is that 2 of my all-time favorite books come from that series. Which books? Just keep reading. 😉

These are 2 short stories that, if I had made the list one of my favorite written pieces, they would be on it. Since I’m restricting the list to books, I’ll mention the short stories separately: 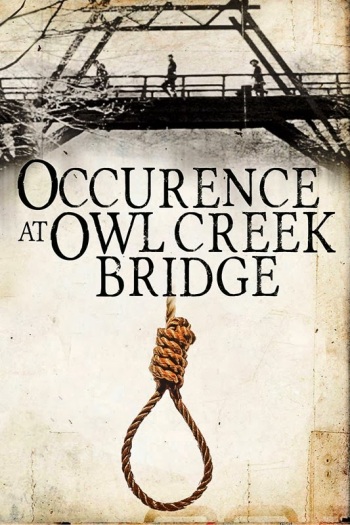 “An Occurrence At Owl Creek Bridge”, by Ambrose Bierce: the story is of a Southern-sympathizing plantation owner, during the Civil War, preparing to be hung by Northern troops over Owl Creek Bridge. During this time, the owner flashes back to the incident that led to his pending execution. When he is dropped under the bridge, the noose breaks, leaving the owner in the river, fighting for his life (I won’t spoil the ending). This story stood out to me, the first time I read it, because of how vivid my mental picturing of the story was. It felt like I was standing on the bridge, watching all of the prep work go down, I was with the plantation owner during his flashback, and was even on the shore when his noose broke. A wonderful short story!

There is a twist ending. 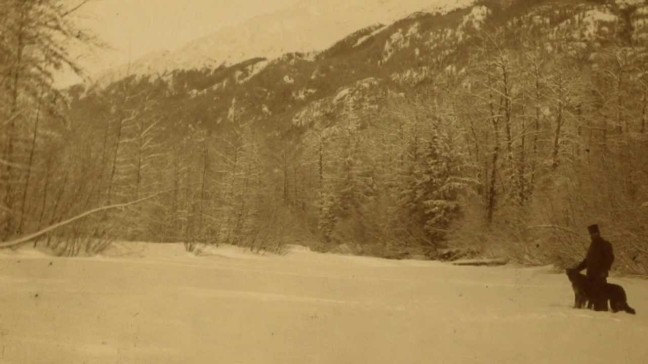 “To Build A Fire”, by Jack London: this short story has 2 characters: The Man and The Dog (I found out, just recently, that there was a 1902 and 1908 version of this story; the 1902 version does not have The Dog). The Man and The Dog are hiking through the Canadian Yukon, in up to -75 degree F temperatures, to meet up with “the boys” at a camping lodge. Along the way, The Man and The Dog battle the elements, the terrain, and the process of building a live-saving fire. This story also caused some very vivid mental pictures but it also had an element of simplicity that I really liked. There was no ‘flowery’ language to describe things, no unnecessary words to convey emotions; London basically said “it’s dangerously cold” and left the rest to the readers.

This book follows 3 characters, all told in their POVs, as they try to survive in a world full of demons. These demons, called “corelings”, come out at night and terrorize and/or kill humans; the human’s only defenses are magical wards that are drawn or painted everywhere. If these wards aren’t maintained, they fail… and all kinds of bad things happen to those who are caught on the wrong side of a broken ward. The 3 characters are:

This was a book that I found while I was looking for a Terry Brooks book at the library. I’m glad that I picked it up because it was a pretty good read. there is an almost constant ‘fear’ and ‘tension’ hanging over everyone in this book; reading it, you almost expect a coreling to come around the corner in front of you.

This book follows Justs Fearsson, a cop-turned-private detective, as he tracks a serial killer through Phoenix, Arizona. This killer is burning the eyes of his/her victims out with what can only be described as “magic”. Justis is not your normal PI, either: he is a weremyst. Weremysts are modern-day sorcerers, powerful sorcerers (in some cases) that can also sense and see magic use. They also have an “issue” – when the moon is full, they change: their powers get much stronger, but at the cost of their sanity (the reason that “former” is in front of the word “cop”).

This was a very interesting story. I liked how the world of the occult and magic crossed into today’s world… and society had accepted it, mostly. It was interesting to see what a weremyst was and how Justis was handling being one.

This book centers on 12-year old Jack sawyer. Jack is trying to find the Talisman, which would (should?) cure the cancer that is killing his mom. It is not as easy as it sounds. Jack not only must travel from the East Coast, through the Heartlands of America, but simultaneously travel through “The Territories”, a parallel universe. A different level of The Tower, if you will.

Along the way, Jack finds out that people in the Territories have “twinners” in America. These Twinners can inhabit that world’s bodies. Also, The Territories are smaller than America, so Jack can travel faster there. Of course, there are people, creatures, and obstacles that will hinder Jack, countered by some that will help him, including a very interesting character named Parker/Parkus.

This was an odd, but fun, book to read. It’s about as close to a Dark Tower book as you can get, without it having being in the series. There are a lot of parallels between Mid-World (“The Wastelands”, ‘Parkus’) and The Territories (“The Blasted Lands”, ‘Gunslinger’, the pavilion in The Territories is the same as the pavilion in “The Little Sisters of Eluria”).

Most of you know the story of Cleopatra: she fell in love with Marc Antony, she ruled Egypt, she waged war against Octavian and Rome, she died.

That question is answered in this book… and answered pretty surprisingly. And violently. It may not be a literary “classic” but it’s one of the most interesting books I’ve ever read. I’ve heard that there will a series involving the events in this book, but I don’t know if/when Book 2 will be written. I’m looking forward to it.

One thought on ““Entertaining The Cyborg”: 10+2 Favorite Books, Part 1”