It’s one of those nights where the brain won’t shut off…..

– NPR published this interesting article about “Blind Auditions” and how they can help employers screen potential new employees. It is spot-on. Writing on personal experiences, I have passed up putting in applications on jobs because I never met the “experience” prerequisite. How am I supposed to gain experience for a potential job if said job doesn’t want to train, or doesn’t offer training for new hires? If I, for example, wanted to apply for a Data Entry job, and my rèsumé meets or exceeds all of the qualifications except “Needs at least 3 years experience”, then I am more than like disqualified. The above article offers an alternative solution that could help potential candidates, like me, out.

– The Republican Party nomination for Kentucky Governor that I mentioned in this post actually came down to a recanvas between Matt Bevin and James Comer. Bevin initially won the nomination by 83 votes; that margin was confirmed days later. Now, things get interesting. While things remained relatively clean in the Republican primary, will it remain clean in the General Election? Jack Conway is not exactly known for playing ‘nice’ in State and National elections. Also, how many hundreds of times will Matt Bevin and supporters mention “Obama”, “Obamacare”, and “Obama policies” and try to negatively link all 3 to Conway before November?

– Here’s a story from Reuters that popped up on my phone but I haven’t seen on the major U.S. news airways…. yet. Maybe FIFA isn’t the only International governing body that needs to be investigated and cleaned out – how corrupt is the United Nations?

On the Personal front:

– I am down a couple of pounds in the last 2 weeks, now down over 12 pounds since late March, nearly 28 pounds since my birthday last July – nearly halfway (pound-wise) to my goal. I am dealing with a bout of Tendonitis in my right ankle, heel, and Quad, plus behind my right knee right now, but when things calm down there, I’m going to continue sessions at the gym (mainly on stationary bikes, recumbent bikes, and occasionally elliptical machines and treadmills), plus continuing to push towards walking a 14-minute mile pace for 3+ miles. Right now, I’m down to about 16:45 average on a “stroll” pace for 1 1/2 to 2 1/2 mile walks, just over 16:00 for a “fast” pace walk.

– For those non-Facebook friends that read this blog:
I have changed my school plans just slightly. Originally, I was going to take my last pre-req class (either Basic Public Speaking or Interpersonal Communication would work), earn an Associate Degree in Arts, and transfer to one of 3 4-year schools in the Fall (University of Louisville, CIS Program, Western Kentucky, CIT Program, or Morehead State, CIT Program with a Concentration in Gaming Programming). I found out a couple of days ago that I didn’t have any extra Grant money for the Summer but I did have some for the Fall. Rather than trying to rush to pay for that one Summer class out-of-pocket (which would have been an adventure), I’m now going to wait and take it in the Fall, along with a few extra classes in Programming (C#), Internet Technology, and a possible 4th class. Consider it a lesson learned, and potential crisis avoided, in patience. 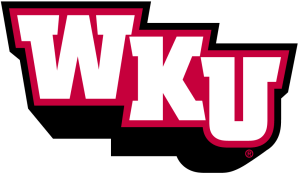 As for the 4-year school, I’ve decided on Western KY. They are offering any Kentucky Community/Technical College transfer, with an Arts or Sciences Associate’s degree and a 3.50+ GPA, up to $4,000 in a scholarship package for transferring to their online-exclusive CIT program, as well as a reduced hours requirement of 36 (instead of 60 hours) to get a Bachelor’s Degree. With a tuition of roughly $4,200, that is too good of a package deal to pass up!

– I need to stop spinning my wheels, especially at work. I’m not doing horribly by any means – my work speed is fine, I don’t no-show or call in randomly, and I’m very rarely late (except when the nearly 20 year old problem of late buses, that’s plagued me through 4 different companies, rears its ugly head); I just feel that I should be doing better in a couple of areas, including overall quality scores, and much better in one (making silly text mistakes). I need to be careful not to get frustrated at myself about scores, too.

– I am waiting to buy and start reading Book 5 in the “Song of Ice and Fire” series. While waiting, I’m re-reading “Bearers of the Black Staff” by Terry Brooks. It’s the 1st book in one of 2 series of books that link the “modern day” world of the “Word and Void” series with his more-famous, and more fantasy-oriented, “Shannara” series. I recommend him if you are a Fantasy fan. If you also like Horror, he touches on that a little bit in these books, too.