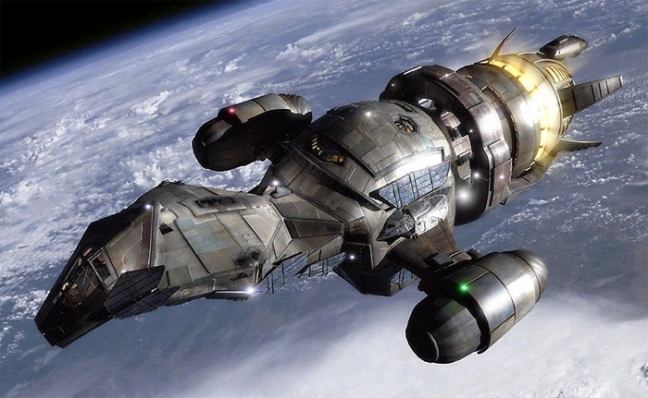 I HIGHLY suggest you read over the Rule Book… twice:
Firefly The Game

This is the official intro of “Firefly The Game”, from the rule book:

“After the Earth was used up, we found a new solar system and hundreds of new Earths were terraformed and colonized. The central planets formed the Alliance and decided all the planets had to join under their rule. There was some disagreement on that point. After the War, many of the Independents who had fought and lost drifted to the edges of the system, far from Alliance control. Out here, people struggled to get by with the most basic technologies; a ship would bring you work, a gun would help you keep it. A captain’s goal was simple: find a crew, find a job, keep flying.

Welcome to the ‘Verse….

“Find a crew, find a job, keep flying” pretty much sums up the object of the game.

Each player picks a Ship Card and Set Up Cards, which contain a starting Drive Core Leader – the person guiding your ship throughout the solar system. The Ship Card has different models of ships, with Cargo Hold storage space and Stash space; the Drive Core allows the ship to move different amounts of spaces, with some different bonuses (such as decreasing the amount of fuel burned during a “Full Burn”).

There are 5 Supply Decks, aligning with different planets on the board; they contain new parts, supplies, ship upgrades, and potential new Crew Members.

There are 5 Contact Decks and 2 Nav Decks. Contacts in the Contact Deck are your main means for picking up jobs but be careful – some contacts tend to encourage ‘misbehaving’ and others demand a lot for completing (or failing) jobs. The Nav Decks are different opportunities and dangers that you may run into when traveling the solar space, including Alliance patrols and Reavers.

At the start of the game, each player starts with 3000 Credits (used to buy everything from parts to Crew to upgrades), 6 Fuel (used to fly), and 2 Parts (used in some jobs and to repair, like when your ship gets effed up by Reavers). The players then choose one starting Job from each of the Contact Decks, keeping up to 3 of them.

Detailed rules are in the link at the top of this post. There are multiple stories that you can play.In general, for each story, you can do 2 of the following 4 Actions, in any order, not doing one of the Actions twice:

There is a LOT more that could happen during any of these 4 actions – for example, “Shore Leave”, becoming “Wanted”, Reaver Cutters, and “Misbehaving” (a whole other level of fun and source of frustration).

My first suggestion to anyone that wants to play “Firefly” is a near-repeat of the opening sentence:

When we played this game a couple of months ago, it took over an hour of us reading the manual, setting up the game, and making some of the initial moves. Once we finished a couple of jobs and got used to the mechanics of the game, then it went by pretty swiftly and relatively easy… “easy” being “we know what roughly we are doing”. The Actions aren’t too difficult to remember; where to do some of them might take a few turns to figure out. Once you do, I’d suggest getting a couple of crew members as soon as possible.

I like the board layout and the piece designs. I also like the variety of the crew members: some are just plain mercenaries, some are borderline untouchable (RIVER SONG! lol). I did not, however, like that there were only 6-8 ships, with only the exterior design being the main difference between them. Each ship should have something unique about it: one should have heavier armor, another should have more cargo space but travel at a base reduced speed, and so on. The Drive Cores thankfully counteract this.

Some of the most crazy/fun/hair-pulling moments involve the Nav Cards and Reaver Space. When flying, I’d suggest getting through those areas FAST – dealing with the Alliance is much less painful than having a Reaver Cutter destroying half of your crew and most of your ship.

Overall, I liked this game. It will take some time and patience to get acclimated to the game but once you do, you should enjoy it. And please: aim to misbehave!