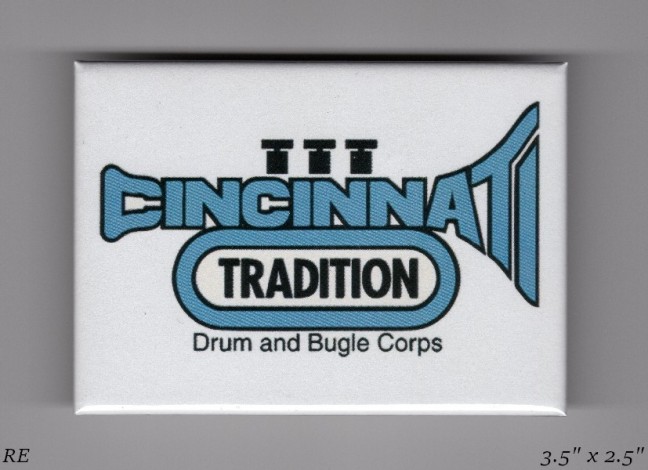 Camp 8 was delayed a week, due to snow and sleet, but it ended up being a pretty solid camp. Greyhound didn’t suck! And a little boy reminded me of something important. Break!

I had to condense a few planned things on Saturday down to a few hours on Saturday afternoon, including 2 different podcast episodes and some lingering homework. I didn’t get a chance to fix my mysteriously broken music stand, though. I left for Cincinnati on a later bus than normal – intentionally late – that got me into town at about 9:00 PM. Leftovers from Saturday’s lunch, about 45 minutes for Discussion Board homework (for my Database Admin. class), then off to bed; Daylight Savings Time knocked off an hour of sleepy time. Oh well – it was still some badly needed rest!

I missed a couple of minutes of stretching (late checking in). We then spent the next hour or so warming up with Jake (Low Brass Tech) and working on Songs 1 and 3; I won’t release song titles until the Director and/or Assistant Director release show info. 😉 Once Andrew got there, we split into Sectionals (Baritones/Euphoniums went with Jake) for an hour. Jake focused on cleaning up some muddy triplets and sixteenth note figures in Song 3, while doing a “touch and go” on sections of the rest of the song. I fought with a valve that stopped working for about 10 minutes, before switching horns.

Visuals were actually my best section on Sunday. Yes, I’m as surprised as you are. 😉
We worked on forward marching and sliding. We would slide 45 degrees, while marching forwards and gliding left and right. I don’t think I did too terrible; the big problem I had was taking too large of a step, especially the first 2 steps. We also worked on backwards marching, maintaining the ‘straight leg’ approach. This caused the left foot to flare up big time. However, I think I did better marching backwards. Weird!
One of the sliding exercises that we did was a version of one that I did with the Derby City Knights, called “Typewriter”: we would line up in multiple rows, 1 or 2 columns, march forward 8 (or 16) counts, halt for 4 counts, march forward again, and continue the pattern until you ran out of room (if indoors) or yard markers (if outdoors); you’d then run back to the start, line up, and repeat the entire sequence… sort of like typing on an old-fashioned typewriter. On Sunday, we didn’t run back and repeat; we did line up in 3 rows, march forward while sliding 45 degrees, halt, and repeated 3 more times, with a final 8-count march forward. It forces you to guide and it doesn’t allow you to “hide” in a Block. I liked it! Christopher (Visual Tech) liked our progress, especially with the backward marching.

After lunch, we went back into Sectionals with Jake, continuing our work on Songs 1 and 3. I am really looking forward to hearing and seeing how Song 3 plays out on the field – it could be pretty cool! We went into Full Brass for an hour with Andrew. He also worked on Songs 1 and 3 but went over tuning and timing with a fine-toothed comb. We seemed to respond well but it, combined with Daylight Savings Time, gassed us out before Full Corps.

It started during that Full Brass hour. Andrew (our Brass Caption Head), as he brought our horns up for a run, simply asked us: “What are you thinking about?”

I admit: I was fighting thoughts about my foot. Those stopped, after Andrew’s questions; sometimes, a little nudge “back onto the road” is needed.

A few minutes later, Nick (our Show Coordinator) stopped by for what I can only describe as a 30-minute Master Class (which he’s done before). He reinforced Andrew’s questions: are we thinking about being tired or thinking about our music? He also got on us, without getting in our faces (yay!), about sound output at the end of rehearsals: we can’t look and sound thin when tired. The Tubas, after playing an ending note a few times with Nick, got the message and their sound output probably doubled (although it still wasn’t quite enough, according to Nick and Andrew). The rest of us, watching and listening to Nick and the Tubas, upped our overall presence (appearance, posture, and sound) for the last 15-20 minutes before Full Corps. That “Mindset Reset” carried over to Full Corps: while some mistakes were made, we did sound better at 5:05 than we did at 4:15, even garnering a couple of “wow” looks from Andrew and Nick. A good way to end rehearsal – hopefully, the gains and momentum we made will carry over to this Sunday!

On the way home, a little boy reminded me to “enjoy it all”. There is a big flyover ramp from I-64 West to 9th Street. It gives you a pretty good view of the Russell neighborhood, as well as the Ohio River and the Portland Canal (the entrance to the McAlpine Locks and Dam). As we hit the apex of the ramp, I hear these breathless “wow!!”s from the boy; he is trying to look at everything at once. It was a pretty cool moment. 🙂

I’m going to take home a horn after this week’s camp. I’ll have 3 weeks to work on music, marching, and fitness, between the 17th and April 7th. After that, it’s Summer Schedule mode, the Hard mode. Until then, I just need to keep at it!

“Be better than yesterday!”