It’s January 2012. I had dropped to less than 18 hours a week at Target, my tax returns were a few days late, and I am less than a week from being evicted from my apartment.

Fast forward to January 2013. I have been living with my dad for about a year. Hours never got better; combined with getting extremely burned out with retail (in general – I had worked for Target for most of the time since October 1996), I was a couple of weeks away from leaving Target. I searched for a job until the end of February, 2013.

On March 3rd, I got hired on at Lowe’s, as a Weekend Seasonal Team Member (Fridays 6-10 PM, Saturdays and Sundays 10 AM-7 PM; I worked there for 3 months). A few days later, I had my first interview at Kinetic TheTechnologyAgency (variable hours, depending on work load).

Lowe’s was the “2nd Job”, used to mainly finance a summer with the Minnesota Brass. However, the main part of The Chapter was Kinetic. It not only was my first non-retail job in 6 years (I worked for UPS, alongside Target, in 2007) but it also was a needed hours and money boost. After I left Minnesota, I was able to start paying off some debts that have accumulated from 2012-2013. By April of 2014, I had paid off debts to Verizon and Time Warner, caught my water bill up (albeit briefly), and even made on-time payments to a credit card that I had opened a few months before.

The benefits to that: I got back into school and could afford books and supplies, while keeping my bills fairly current, for the Fall 2014 semester.

At Kinetic, we download documents from such places as GE and Humana, converted and prepped them to various formats, and sent them out to be translated into different languages, for different vendors and buyers. I was mainly on the Front End Quality Control Team – our team did most of the downloading and converting. We then sent it to the Internationalization Team; they checked for conversion errors (and fixed them), plus fixed image formatting issues and other document issues. Hours and workload stayed decent until mid-summer 2015. Generally, Kinetic has “slow” periods in January and February, sometimes early March. Those periods happened in 2015 but happened again in July, staying sporadic the rest of the year.

2016 was an enjoyable year with the Kinetic team, but a very bad year with hours. I made about half of what I made in 2015 (2015 was about 2/3 of what I had made in 2012 at Target, to give an idea of the hour struggles). I still managed to stay in school throughout 2015 and 2016, but it was not easy. Bills fell behind again (water and internet), were cut off (internet, for a little bit), or had been cut off before 2016 and weren’t able to be reconnected (Verizon; Dish; was late in getting school books for Fall 2016). There were parts of 2016 where I was borrowing bus fare just to get to work; anything else was ignored/denied, unless I could get rides to and from whatever it was. 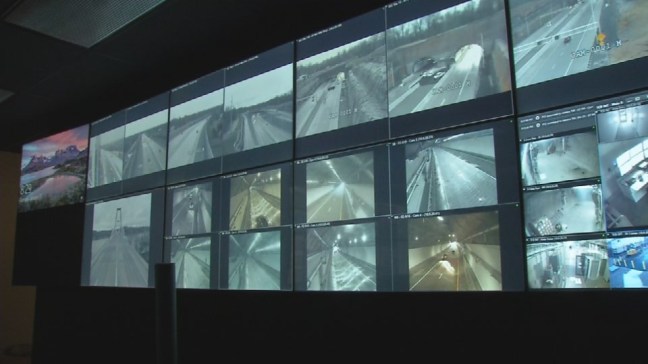 The Beginning of the End of The Chapter happened in August 2016. I got hired on at TRIMARC, a traffic monitoring division of Northrop Grumman. I was hired on as a 3rd Shift Weekend Monitor (12 hours/day, 24 hours/week). The hours weren’t a huge improvement; making 67% more (to start) per hour was a huge improvement, even if 3rd shift wasn’t the ‘ideal’ shift for me.

In May 2017, I got promoted to full-time. Still on 3rd shift, but now on week days, I now get 40+ hours a week. The disparity between TRIMARC and Kinetic’s hours and pay were too great to ignore. On May 30th, I put in my notice at Kinetic. My last day was June 13th.

The end of The Chapter.

I really did enjoy my 4 years at Kinetic. I am grateful that they put me on the Front End team in 2014. Kinetic was a wonderful change from the retail sector: I got to work much closer to home, in a tech/office-based job, with what is still one of the best staffs and co-workers I’ve ever work with and worked for.

So, thank you to Lowe’s for starting The Chapter, providing the money to get a chance to march in Minneapolis, and for staring the first money turnaround. Thank you, Kinetic, for getting things back on track, for the friends made, for the recovery from retail burnout, and for the monetary spark that finally got me back in school.

I am now working a hybrid Thursday-Sunday schedule until the new guys get trained, then I go to Monday-Friday 3rd shift, 40-52 hours a week, depending on how many weekend shifts I have to cover.. I am on Summer Break until late August (although it hasn’t always felt like a ‘break’) . And I am, for the first time in a few years, searching for a new apartment, with a legit chance of getting one and *knock on wood* keeping it. Hopefully, this happens by the end of July. One big life chapter has ended; another one has begun (the “TrafficBorg Chapter”?).